The problem of sinusitis in interventions specific to dental implantology, more precisely in the procedure of lifting the maxillary sinuses, is not something unprecedented, but it is certainly a situation that puts many dentists in trouble. This is especially so when an accentuated bone resorption caused by periodontitis is revealed, as is the case we encountered and which we present in the following lines.

At the age of 74, last summer, Mrs. Toma Ghiorghita is a modest woman, with a soft word and a soft hand, a person who impresses you with her decent, even shy presence. Certainly, a confident smile would radically change his facial appearance, but unfortunately the periodontitis he suffers from had repercussions not only tooth loss, but also other complications.
​
As he confesses to us, the greatest desire of dance is "regaining the smile another time". We wholeheartedly want to help her, but this case is not a simple, ordinary one. In addition to the bilateral sinusitis she suffers from, the patient also has a very severe bone and gingival retraction, the latter caused by periodontal disease. And as if all this were not enough, we also notice big bite changes, plus major differences between the chains of the 2 arches (maxillary sagittal gap - mandible).

REFUSED BY CLINICS FOR IMPLANT OPERATION 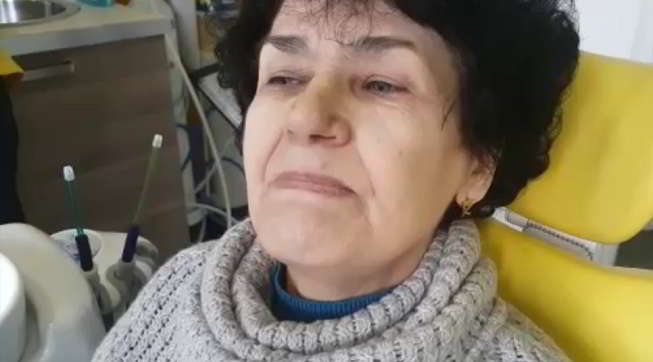 It is indeed a more than difficult case, Mrs. Toma being refused for years by several dental clinics in Romania, the doctors shrugging at the patient's request to have dental implants. This is because you cannot do a sinus lift and bone addition (procedures that precede and require implants in this case), when the patient has sinusitis. It is also particularly difficult or even impossible to insert implants when the supply of bone tissue is so low.

All this was explained to him by the doctors, but the dance was not convinced. And not defeated. All this time he searched the internet, followed us on Facebook for a while, and now he took courage and knocked on the door of our clinic. It is probably the last attempt in which he puts all his hopes. And we, regardless of the situation, can not refuse a patient who wants so much to have new teeth.

So what to do? 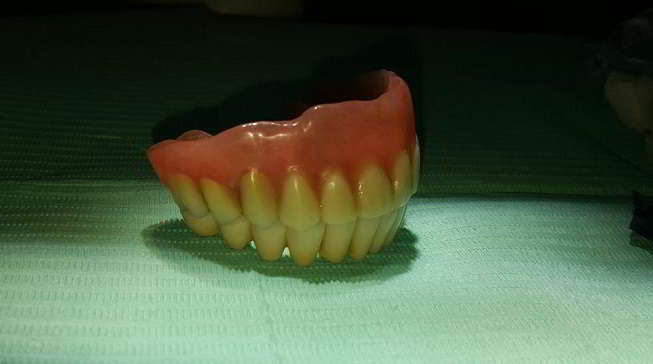 Of course, Mrs. Thomas' case needs a very, very special approach. Normally, treatment would be as follows: treatment of sinusitis by an ENT doctor (approximately 12 months), return to the clinic for bone recovery procedures by bone addition and sinus lift (at least 6 months in case of dance) and finally, the insertion of dental implants. So, the complete treatment could last 18 months or even 2 years, an extremely long and stressful term for the patient.

FINAL RESULT 2 MONTHS FROM THE OPERATION

Proud that we dared where others gave back, he finds us at this moment, two months after the operation, face to face with the patient. It was a lot of work, but the reward (re) came, as the smiles of our patients come back every time.
​
We invite you to watch some images 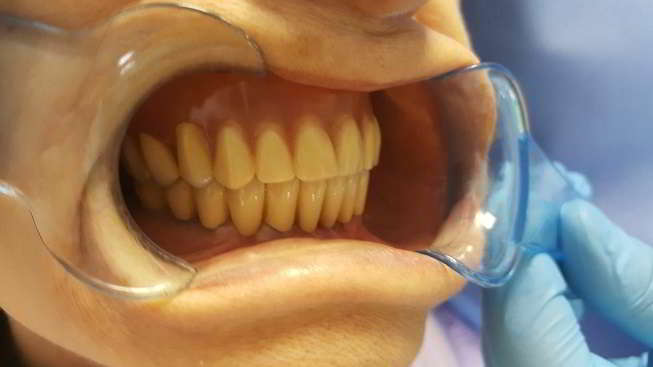 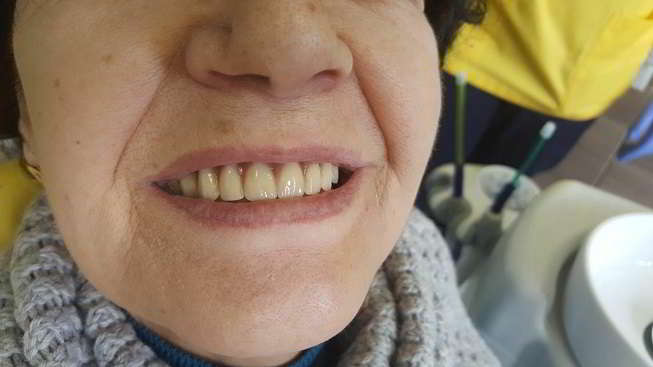 … And a short video made with Mrs. Thomas

… Whom we thank for the trust given and especially for what he sent us at the end.

We promise to bring back hope and a smile. Let's make as many people as happy!
​
Dental implants by Dr. Chirurg Lorelei Nassar

previousHave you lost all your teeth? Here are the solutions!

Surgery with Dr. Lorelei Nassar, surgeon with experience in implantology since 1992.

The average insertion time of a dental implant with Dr. Nassar is 7 minutes.

You have at your disposal 4 methods of anesthesia: local, intravenous, inhalation & medical hypnosis.

Quick solutions to replace missing teeth with implants for the entire arch in one day. 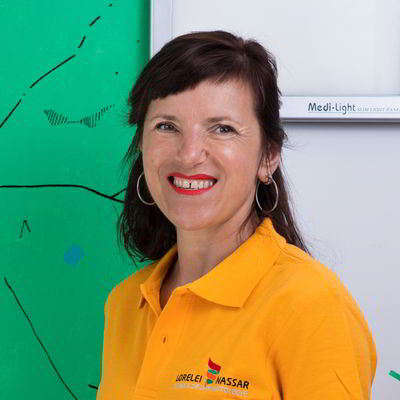 Specialist surgeon with over 28 years of experience and over 10,000 dental implant operations in clinics in the USA, Sweden, UK, Israel and Romania.

Do you want to schedule a consultation, follow a dental treatment or do you want to greet us? Whatever the reason, we'd love to talk to you.

Do you want to be friends? Find us on social media!

Open chat
1
Powered by
Hi! 🖐
Got a question for Dr. Nassar?
Start the conversation now!